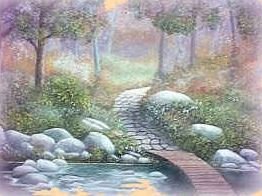 The Angels of Atlantis assist us with this healing

Column
Atlantis was a land that, according to legend, is now submerged into the sea. There has been much speculation as to whether or not Atlantis actually existed, but popular opinion now believes that the legends are true.
Atlantis was a highly developed land. The Atlanteans were very advanced with their technology and could do many things that we have not yet achieved. Their healing abilities were also very powerful. There were priests and priestesses in their temples devoting their time to healing. However, over time the population became immoral and their civilisation was destroyed.
We are extremely lucky to be able to use their abilities now. Atlantean energy is designed to balance the energy field as Atlanteans believed that dieease was caused by an imbalance in the energy field. Atlantean energy is powerful and of a very high vibration but it feels gentle when receiving it.

Column
Atlantean healing practitioners do not promote any medical diagnosis or promise to heal an existing medical condition. We do not focus on the disease, we work on achieving perfect health.
It is a very gentle energy healing with hands either on or off of the body. All the client needs to do is to lay on the couch. There is no need to remove any clothing.
A session lasts approximately 45 minutes.
It can also be given as a distance treatment if necessary.
Atlantean healing was founded by Birkan Tore, who had the information and attunements channelled to him. For more information see:
https://www.askangels.com/atlantean
Plato also wrote in depth about Atlantis. If you would like to read more about this ancient civilisation, see www.theoi.com/Phylos/Atlantes.html